Six-year-old Nate spoke from the backseat of the car, with his take-charge voice, “Mom, can we stop at the name-changing place on the way home today?”

Stifling my laughter with my mom-smile, I asked him what he meant. He clarified, “I’d like to change my name, so if we could stop by there, I’ve decided what I want it to be.”

You’ve got to love his choleric style! No apologies for dissing the name that my husband and I painstakingly decided hours after his emergency birth on the hard-wood floor (a whole story in itself!). No sandwiching it with, “I love the gift of the biblical name, but I was considering I might take a new one.” Simply, “Let’s stop by that ‘name-changing place’ so I can do better.”

“What name would you want instead of ‘Nathaniel’?” my curiosity was piqued.

With the sincerity of asking a waitress for salt, he said, “I want to change it to Ronaldo.”

Today, I barely have to describe who Ronaldo is, but in 2006 when this statement occurred, Cristiano Ronaldo was just coming onto the scene of our newly formed soccer-fan eyes. Nate was sure he was worthy of the name.  I hated to shatter his dream. “Sorry, bud. There is no such thing as a name changing place. But if you want that to be your nick-name, you could probably just start using it and see if it sticks.”

We pulled into the IHOP parking lot.

With Chris gone on business, the kids and I enjoyed a morning out. We ordered our food and began some intense coloring on the kid-menu placemats to entertain the 1 and 3-year-olds while we waited. An older woman watched from the adjacent booth. I wondered if she was musing about her own motherhood memories. I wondered if I would ever have time to muse.

She interrupted our coloring.  “What a lovely family,” she said.  My kids sat straight up, basking in her attention. “What are your names?” she asked with a smile.

“Casey,” my oldest, age 9, said with the confidence of the man of the family that morning.

“mm mm,” JR, less than two, shook his head “no,” unwilling to speak, so I said, “J.R.” for him and removed the two fingers from his mouth where they tended to reside in shyness. She touched his curly hair in admiration before looking anticipatingly at Nate.

He cleared his throat and paused a second. “Ronaldo,” Nate said with a matter-of-fact-announcing tone.

I choked. I didn’t want to explain to her his real name and hurt his feelings; I didn’t want her to see me laughing and think I was making fun of something. So, I smiled what I am sure was a bigger-than-normal smile, a dam holding back the flood of a story.

She repeated the names, as if pensively pausing on each one: “Casey, Christine, J.R. and Ronaldo.”

Could she tell one was different?I wondered and then dismissed the thought.

“It is SUCH a pleasure to meet you. You be good for your mama and enjoy your breakfast. Thank you for talking with me.” She left.

From that moment on, all of his first-grade math papers bore the name, “Ronaldo.” His water bottles were labeled with “R,” instead of “N.” He never corrected any of us family from calling him Nathaniel, but any time he introduced himself to strangers, he confidently let them know his name was the same as his hero of the time, “Ronaldo.”

I don’t really remember how long the “Ronaldo” name thing lasted, but long enough that it still brings a smile.

Fast forward to August 2017, when Nate (age 17) was invited to play with the Generation Adidas team in Madrid, Spain. Because he was going to Europe anyway, a friend thought Nate might be a good fit for a team in France who was willing to take a look, so Nate headed over a few weeks early to play in France. Not knowing a lick of the language didn’t stop Nate any more than not knowing that name-changing places are not on every corner. The international language of soccer sufficed. Whether France or Spain, one word seemed to be spoken when people saw him: “Ronaldo!” Ironically, Nate’s looks (and hopefully soccer playing) remind many of Cristiano Ronaldo. Nate didn’t tell them his “secret name,” haha, it was just said… a lot… to his face and behind his back. He didn’t know French or Spanish, but he knew the name, “Ronaldo,” in every language.

From youth, Nate has spoken of going to play professional soccer in Europe. His entire life has had many early mornings of watching games from faraway time zones.  (I used to think he was going to have a British accent, because he always played with his soccer guys toy, as a British commentator!).

Speaking it into existence, Nate is currently today on his first leg of the journey, the flight to Paris. I suppose that could be a metaphor for his adult life. This “first leg of the journey” will begin in St. Brieuc, France, where he will live and train with the ranks of the soccer club, Stade Briochin.  Our friend, Dario Brose played there during his professional soccer career and thought it would be a great fit for Nate. His crash course in French is underway; his new cleats – including the required soft ground ones – arrived in time for departure; and my eyes are a little blurry while I write. I am excited to see what time will tell as he branches out to “make a name for himself.”

In a letter I hid in his suitcase (maybe he will find it after he reads this blog, haha), I told him that this is truly an answer to prayer. I didn’t pray that he would move thousands of miles away from me. I didn’t even pray that he would have a career in playing the sport he loves. I prayed that God would make him a man after God’s own heart in whatever His ways are. I am excited He chose soccer. I am proud of the man who is going to the other side of the ocean to live what God intended him to live and be who God intended him to be. After all, one day, some little boy somewhere might ask his mom to change his name to Nathaniel…. like the soccer player…and the one in the Bible. 🙂

John 1:47-48 Jesus saw Nathanael coming toward Him, and said to him, “Behold, an Israelite indeed, in whom there is no deceit!” and Nathanael said to Him, “How do You know me?” 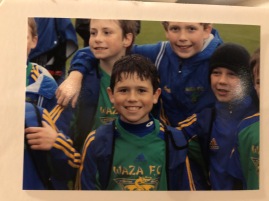 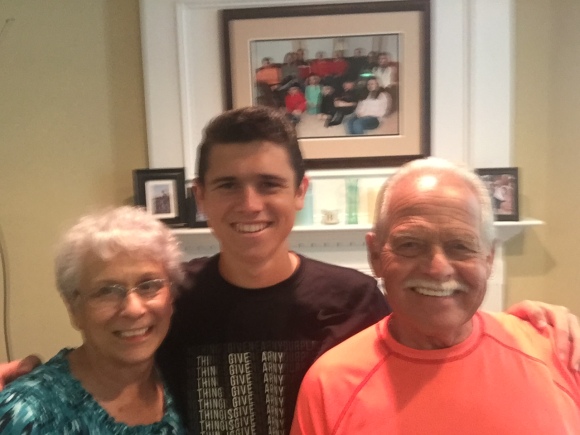 Proverbs 3:5-6 Trust in the Lord with all your heart and lean not on your own understanding. In all your ways acknowledge Him and He will direct your paths.

The Book is Here!

The Audiobook is Now Available

15 thoughts on “The Making of a Name”