My son, Nate, is my guest author today! My second born, he is known as a soccer player extraordinaire. He is full of personality and a spitting image of his father, in looks as well as scores on the Personality Plus test, which makes him extra lovable! You may know him for his license plate aiming, “reverse adult psychology” at age 3, and of course, his injured knee that took him out of soccer for the season last spring.  Nate is the one who has severe food allergies. (Humor story on that here.)  We have tried all of the doctor’s recommendations, as well as hours and hours and thousands of dollars into holistic methods, and there has not been relief.  Once on a long drive to see a “specialist,” he claimed he didn’t want to go, because he “liked his allergies.” I kept driving thinking he was just saying that to try to get back home to play, but his words below enlightened me to see his heart.

He wrote a paper last year, at age 11, for an online writing class through The Potter’s School.  The assignment was to write pros and cons of an issue. He chose the issue, made a list of pros and cons and put it into the essay below. I was surprised at what he saw from “his side of the story,” and I’m grateful that God has given him such insight! I pray it encourages anyone who deals with food allergies, (or any “thorn in a side” that won’t go away), as Nate shows admirable reframing of thoughts.

After my sixth bite of the hamburger, I knew something was wrong. My throat felt weird and I felt like it was getting smaller. Then my eyesight went blurry and my face puffed up. I cried out looking for my parents, but they were nowhere to be seen!

I’m still waking up nine years later, having the same dream. I know that one false ingredient could cost me my life.  On the outside no one would guess that a sports fanatic kid like me could puff up and stop breathing after a couple bites of McDonalds burgers, 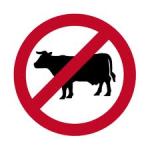 but it’s true.  I mean it’s not bad. For instance I can’t eat most junk foods so I don’t have to worry about diets or anything. Although that can also be a bad thing, because junk food is awesome!  At least the junk food I can eat.  Since I’m allergic to milk and beef, most candy goes down the drain.

My favorite part of allergies is that I feel that God made me a different unique creature. My worst favorite part is I’m always causing trouble for my mom. But it shows me that she loves me enough to go through what she does for me.  Folks might say that allergies are horrible, but to me, they’re a magnificent blessing.

No chocolate cake? No ice cream? How can you live? People say. It doesn’t matter to me because I’ve never tasted that stuff, so I’m fine without it.  I can’t say that at some dinners when my family is eating special desserts (while I’m eating strawberries) I don’t get a little jealous, but hey, who wouldn’t? It is very frustrating when some restaurants don’t try to cooperate with my mom about what I am going to eat. It causes my mom a lot of trouble, and usually we have to go to a different restaurant.  I’ve had my little brother and sister thank me before because we go to a restaurant that they don’t want to go to, and then I can’t eat anything there, so we go somewhere else -where they would rather go anyway.

It makes me feel weird at parties when I can’t have the cake. Usually my mom gives me cupcakes to take. Unfortunately for my mouth, those cakes look good! I know though, that my mom made those cupcakes for me, and that makes them better than any cake could be.  I think that my allergies have made me come closer to my family. Because I know that they sacrifice a lot for my allergies. Sure I’d love to have a hamburger every once and awhile, and sure I want to be able to be normal at my friend’s birthday parties just once. Although if I had to choose one for a lifetime, It would undoubtedly be allergies.

My dad loves to go to Italy every summer and look at the historical buildings that were made hundreds of years ago. Unfortunately we still have to eat. If it was hard when we could speak the same language as the waiters and waitresses, it was even harder when we couldn’t speak their language. But after a lot of Italian learning, they can order me a meal!

I have passed on many birthday cakes, and I guess I will never taste ice-cream. Sometimes our family can’t even go out to eat for family dinners! I have never been able to get a kids meal at McDonalds. But  through my life I have seen that allergies aren’t all about what foods a person can’t eat; it’s about being who God created me to be and being thankful for my family who is willing to sacrifice for me.

What a special young man! I can honestly say that I had not seen the issue in the light that he shows in that essay. He is choosing to take the higher road of thinking like a champion.

In Paul’s second letter to the Corinthians, he talks about a physical ailment, a thorn in his side that doesn’t go away. Paul says: ( 2 Corinthians 12: 8-9)   “Three times I pleaded with the Lord to take it away from me. But he said to me, ‘My grace is sufficient for you, for my power is made perfect in weakness.’ Therefore I will boast all the more gladly about my weaknesses, so that Christ’s power may rest on me.”

By God’s grace, may we, like Nate (and Apostle Paul), rejoice in our weaknesses as the Lord’s power is made perfect.

28 thoughts on “From Nate: Milking Allergies For All They’re Worth”